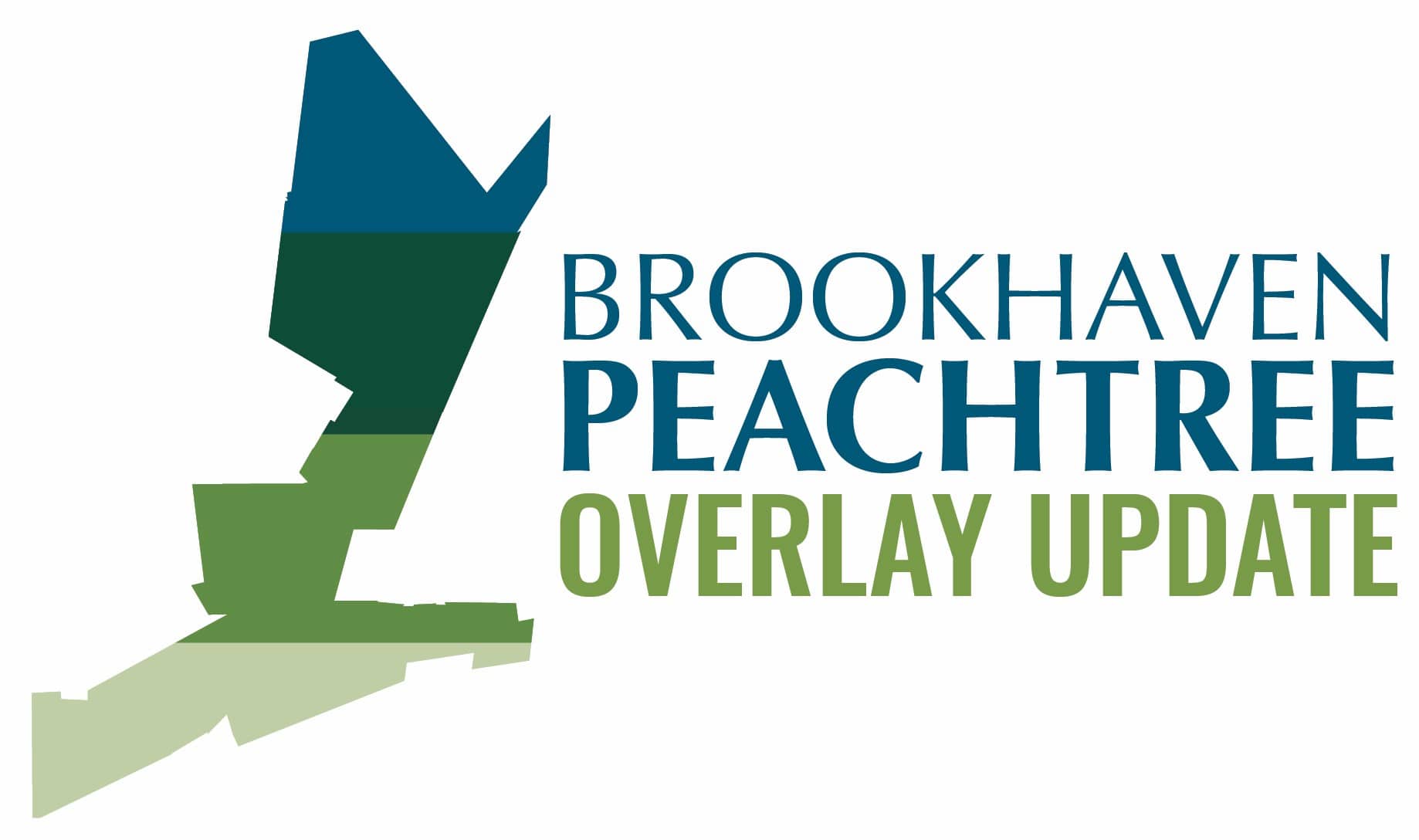 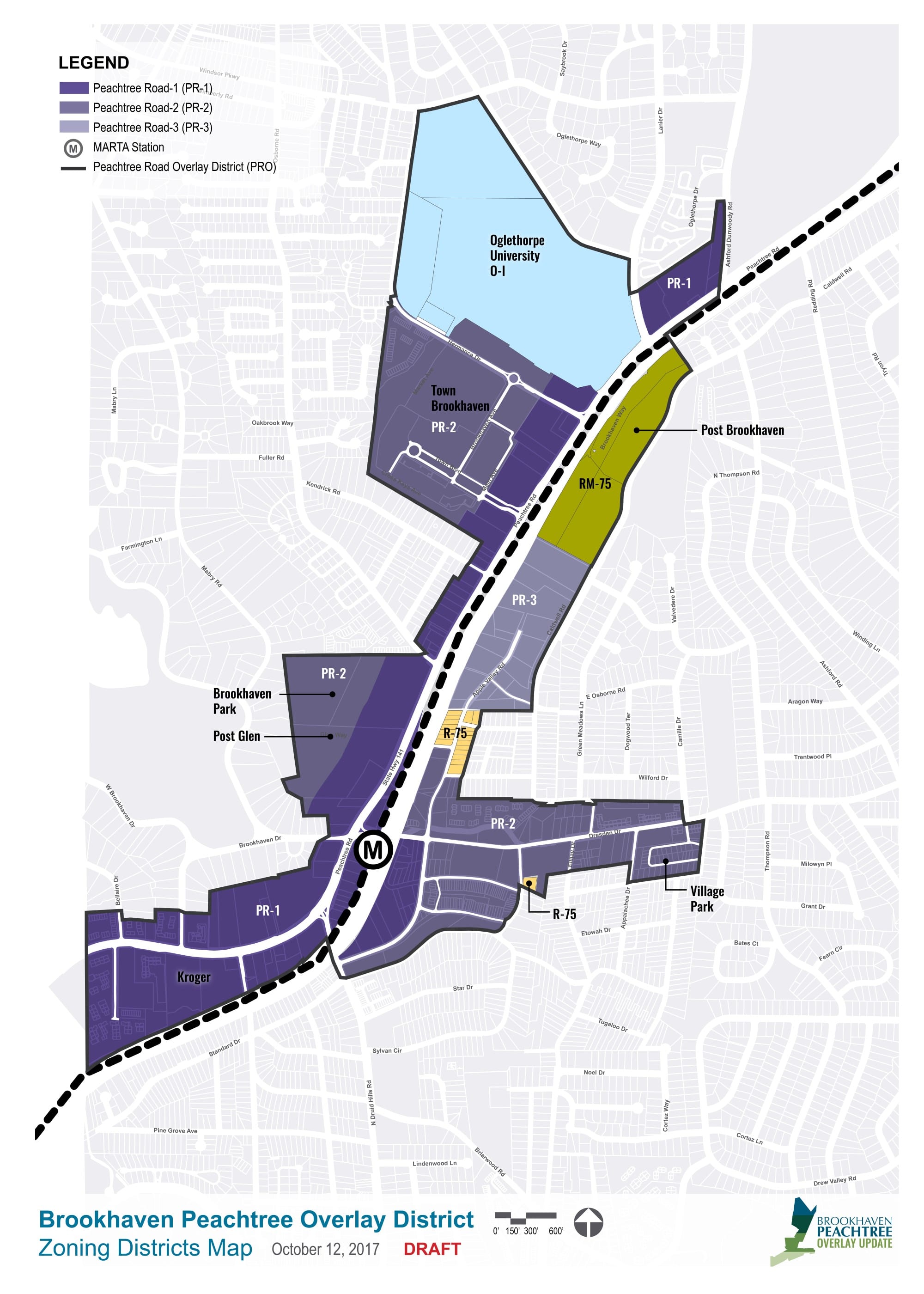 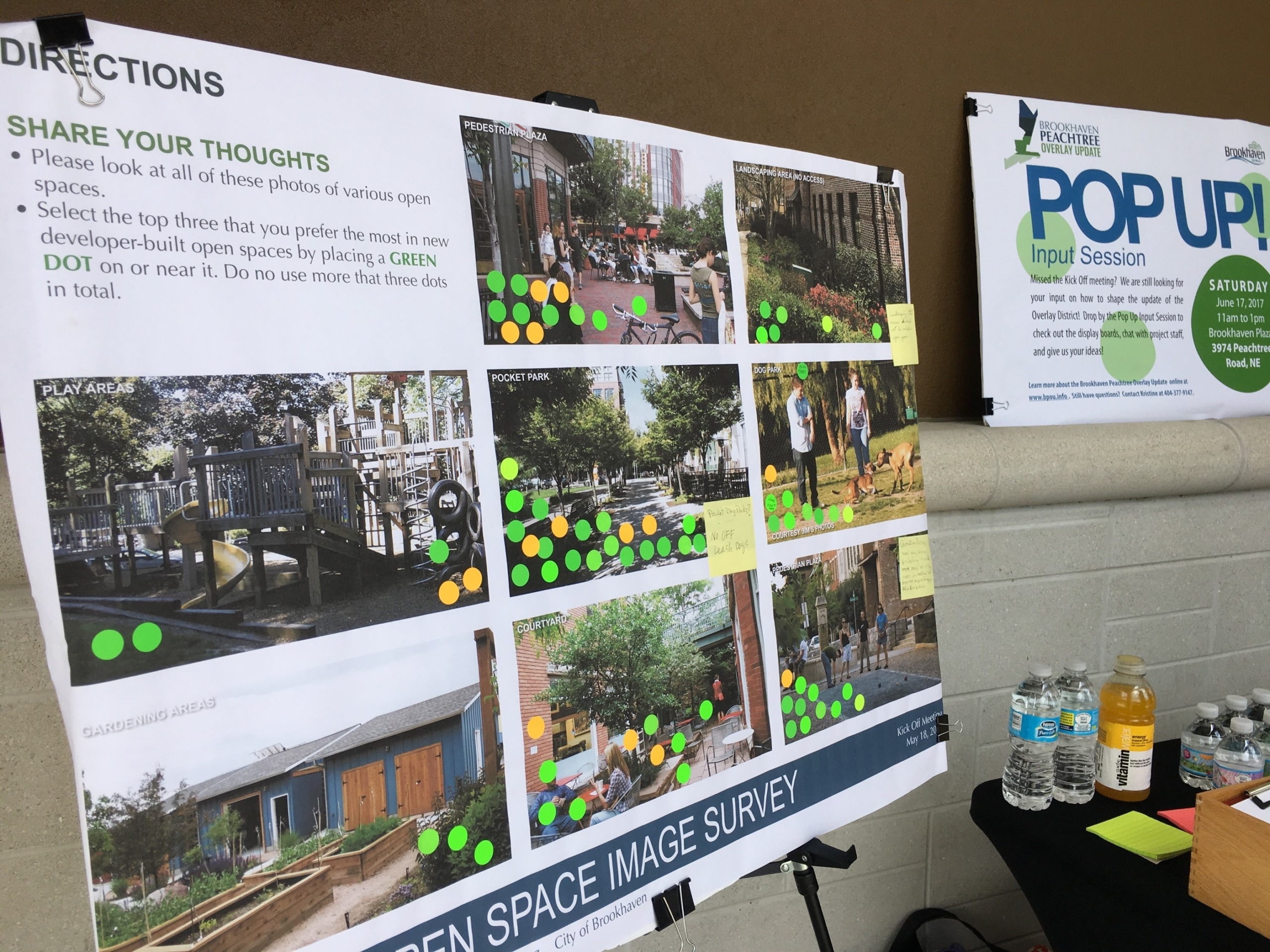 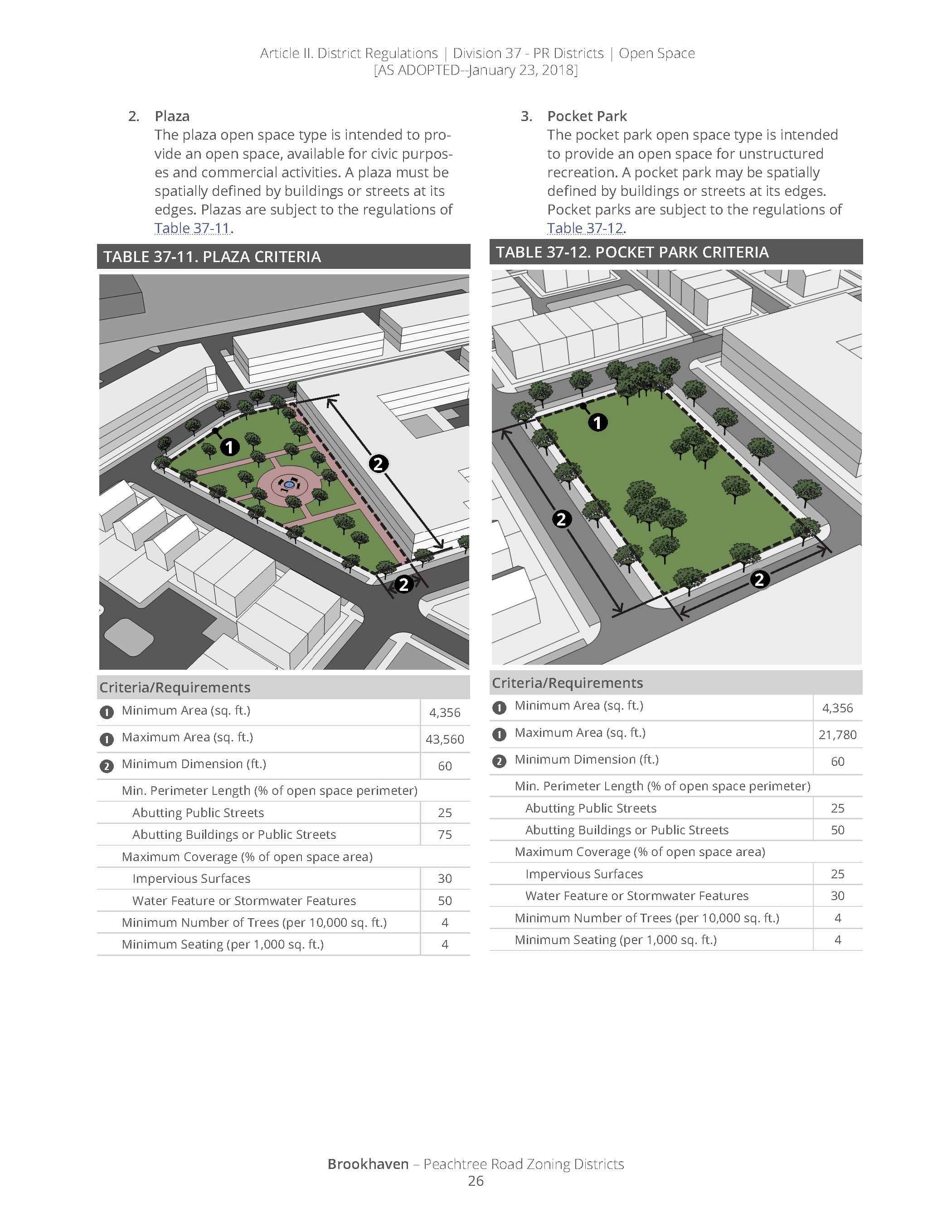 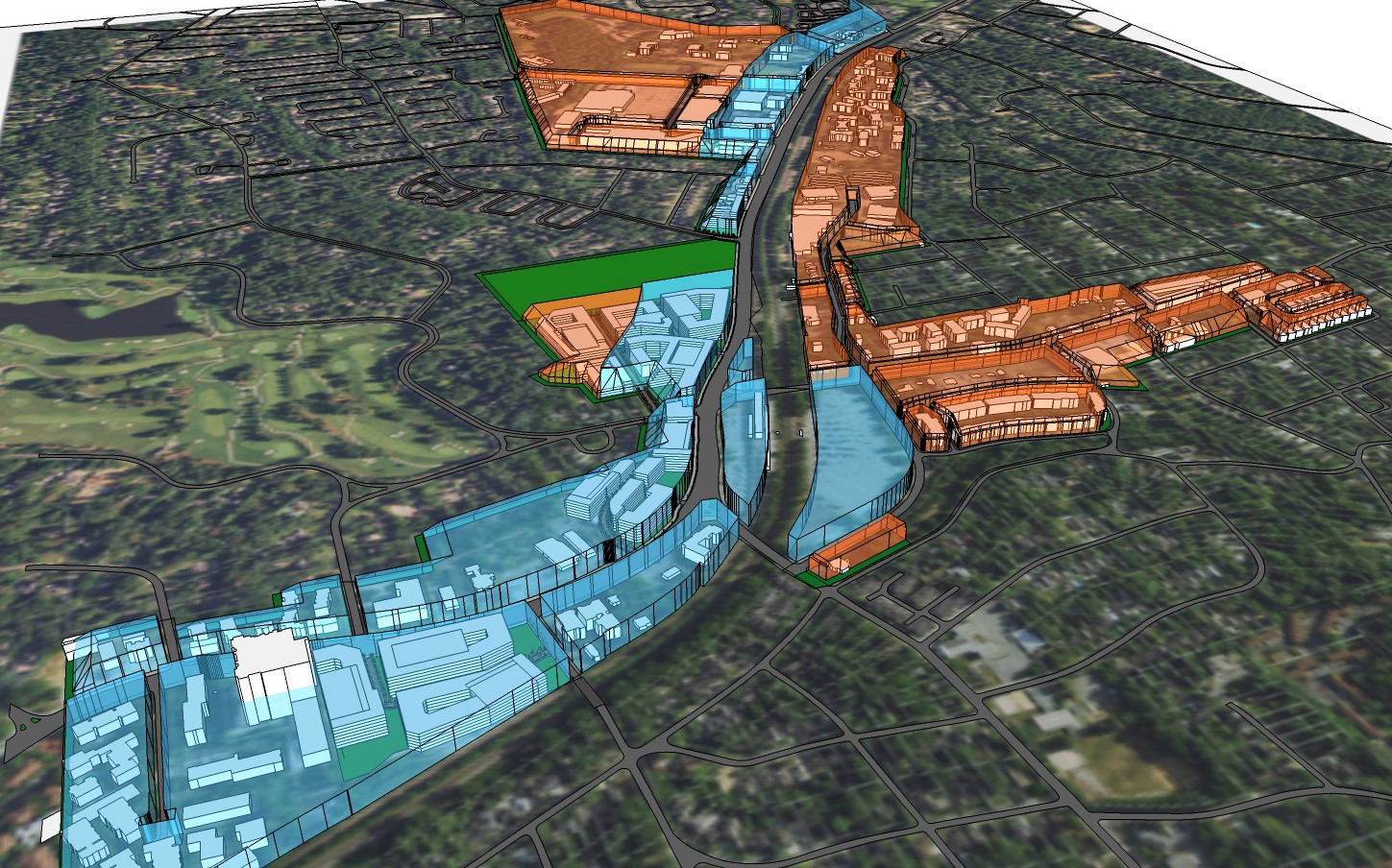 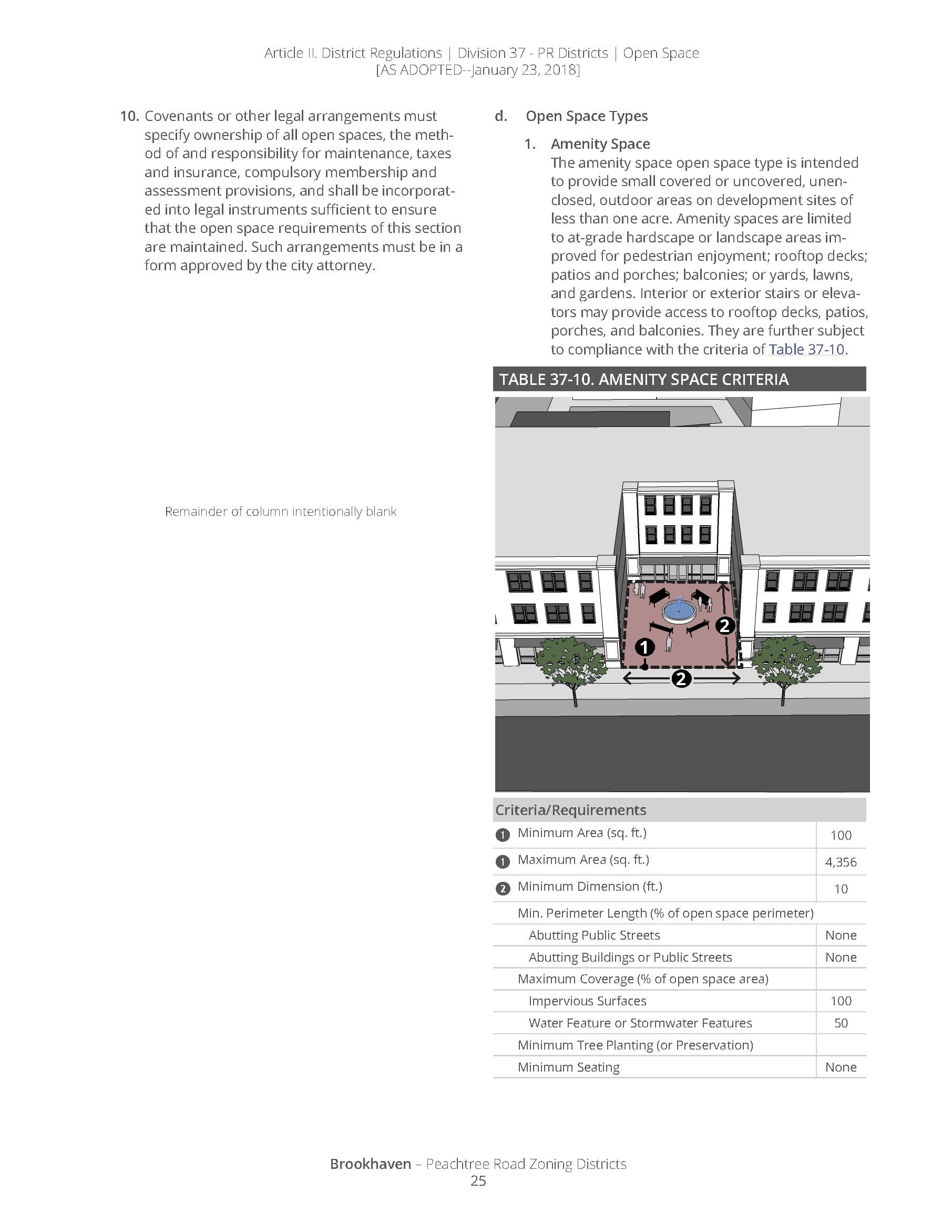 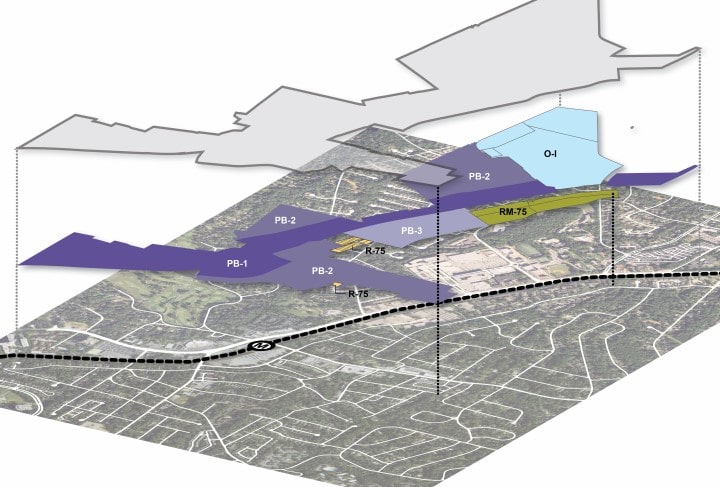 The Brookhaven-Peachtree Overlay district was created in 2007 to implement the community’s vision for growth and development around the Brookhaven MARTA Station. For ten years, this code supported walkable, mixed-use development patterns, but was not without its shortcomings, including a cumbersome overlay format that often conflicts with the underlying zoning, unclear regulations, and lack of form-based regulations.

In 2017, following several controversial zoning cases and the imposition of a 180-day zoning moratorium, TSW was retained to lead a multidisciplinary team to update the overlay for greater usability and conformance with recent planning efforts.

The process began with a technical review of the study area, existing regulations and policies, best practices, and community goals. As part of this, susceptibility to change and build-out analyses were conducted to understand the impacts of the existing code and future changes. Digital models were also created to show what was permitted under current zoning and future scenarios.

For four months, the TSW Team worked closely with Brookhaven stakeholders to explore existing regulations, options for updates, and their potential trade-offs. This was guided along the way by sounding board meetings, stakeholder interviews, public meetings, web-based outreach, and pop-up events that sought to engage folks who don’t usually attend “zoning meetings.”

The outcome of the process was a strategy that updated the existing Overlay to only regulate streetscapes and public infrastructure, hand-in-hand with a new Peachtree-Brookhaven Zoning Districts that replaced the base zoning with a highly graphic, user-friendly form-based code. Key regulatory changes included the use of building types to regulate design, detailed open space standards, enhanced neighborhood protections and transitions, density bonuses, reduced parking requirements, and several site-specific design requirements. The updated regulations became law in January 2018.