The City of Doraville has approved a new zoning code for its town center area and the former General Motors Assembly plant that will support their redevelopment into a model mixed-use community centered on the city’s public transit station.  Funded by the Atlanta Regional Commission (ARC) as part of its Livable Centers Initiative program, the new zoning, known as the Livable Community Code, was created by TSW, an Atlanta-based planning, architecture and landscape architecture firm, in partnership with the City of Doraville.  “On behalf of the City, I would like to thank ARC and TSW for their assistance. The new code represents a turning point for our city and promises to usher in exciting new changes,” said Doraville Mayor Donna Pittman.

The project is part of a joint effort between MARTA (Metropolitan Atlanta Rapid Transit Authority) and ARC to spur transit-oriented development throughout the greater Atlanta area.  The goal is to increase transit ridership and ultimately reduce sprawl by creating livable centers that coalesce around a mix of uses including residential, commercial and entertainment.

“While the opportunity to redevelop the GM site was the impetus for the re-zoning, we also want to transform our downtown into a more walkable, urban area,” said Joe Cooley, director of community development for the City of Doraville.  “Thanks to the Doraville MARTA station, Doraville is poised to take a leadership role in the creation of transit-oriented, mixed-use development in the metro Atlanta area, and the Livable Community Code is a key factor in attracting developers.”

“Doraville’s strategic access to both MARTA and major highways offers a rare opportunity to create a model transit-oriented development, the likes of which the region has not yet seen,” said Caleb Racicot, senior principal of TSW, who directed the zoning project.  “The city’s Downtown Master Plan created a vision for bringing together housing, office, entertainment, retail, dining and public spaces, in a compact and well-designed setting.  Refining the zoning to support this plan and the redevelopment of the former General Motors site was key to making the vision a reality.”

In 2010, TSW and Doraville city officials worked together to create an award-winning Master Plan to chart the long-term redevelopment of Doraville through decades of systematic project implementation.  The plan includes the existing civic center and a portion of Buford Highway, in addition to the GM plant.  Central to the effort was establishing a plan that would improve connectivity, encourage market-viable and pedestrian-friendly mixed-use development, promote increased density to support transit and a vibrant community center, maintain diversity, ensure multiple transportation options and support economic growth and a high quality of life.

Numerous stakeholders participated in the process and helped define a number of policies for the plan, including encouraging green development and creating a community where residents can age in place.  The plan serves as a guideline for future development, and provides the groundwork for implementing future transportation projects. 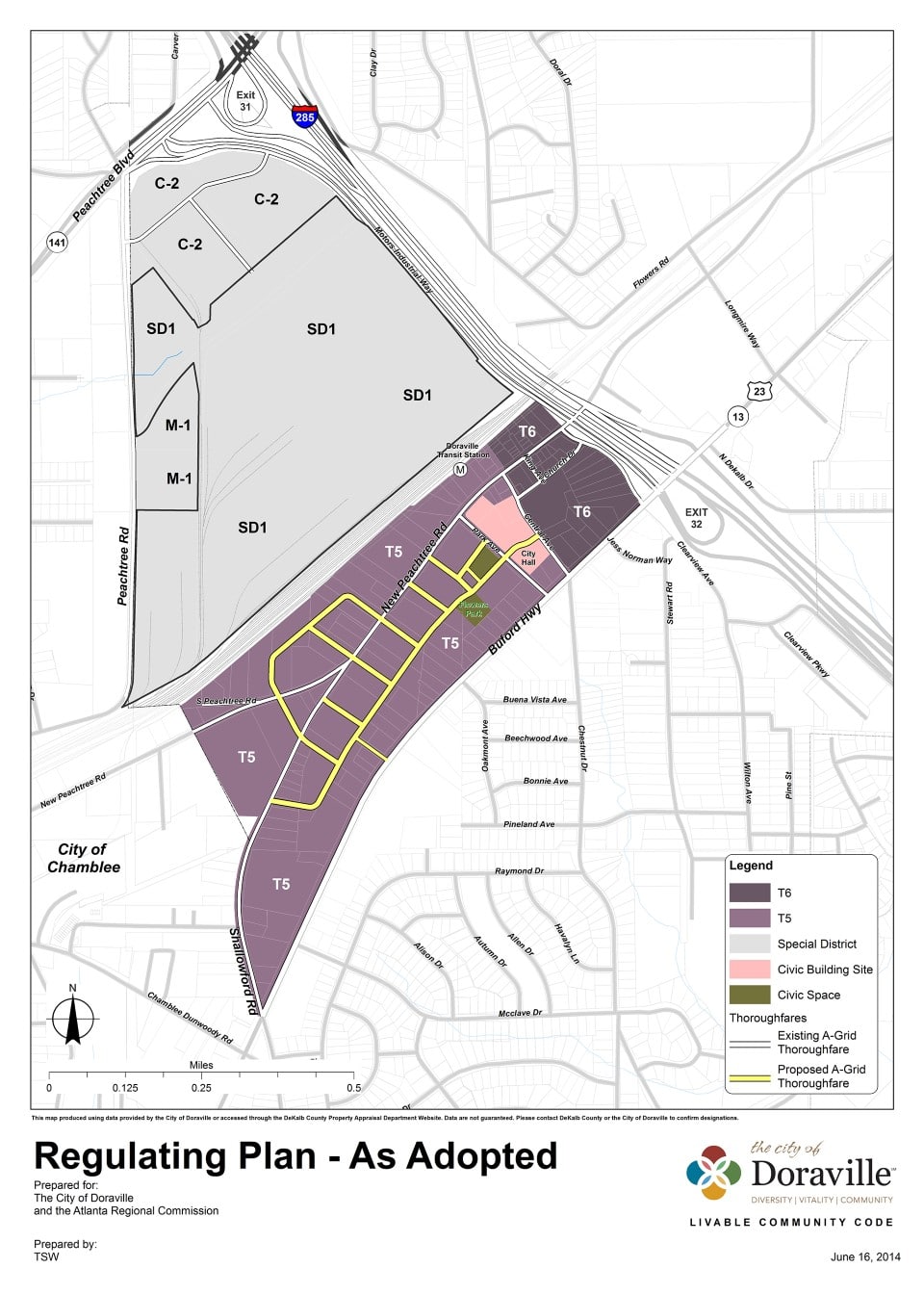