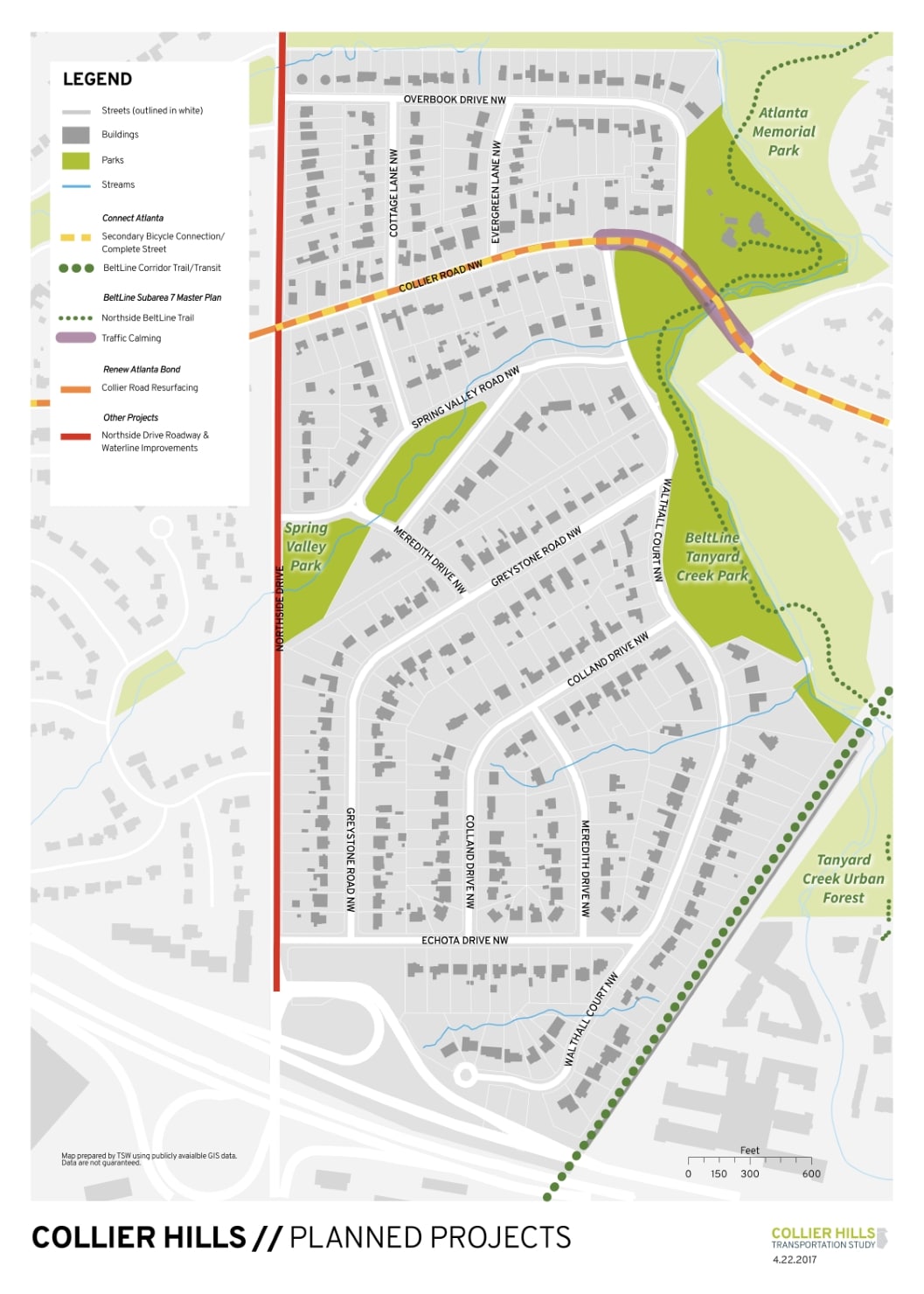 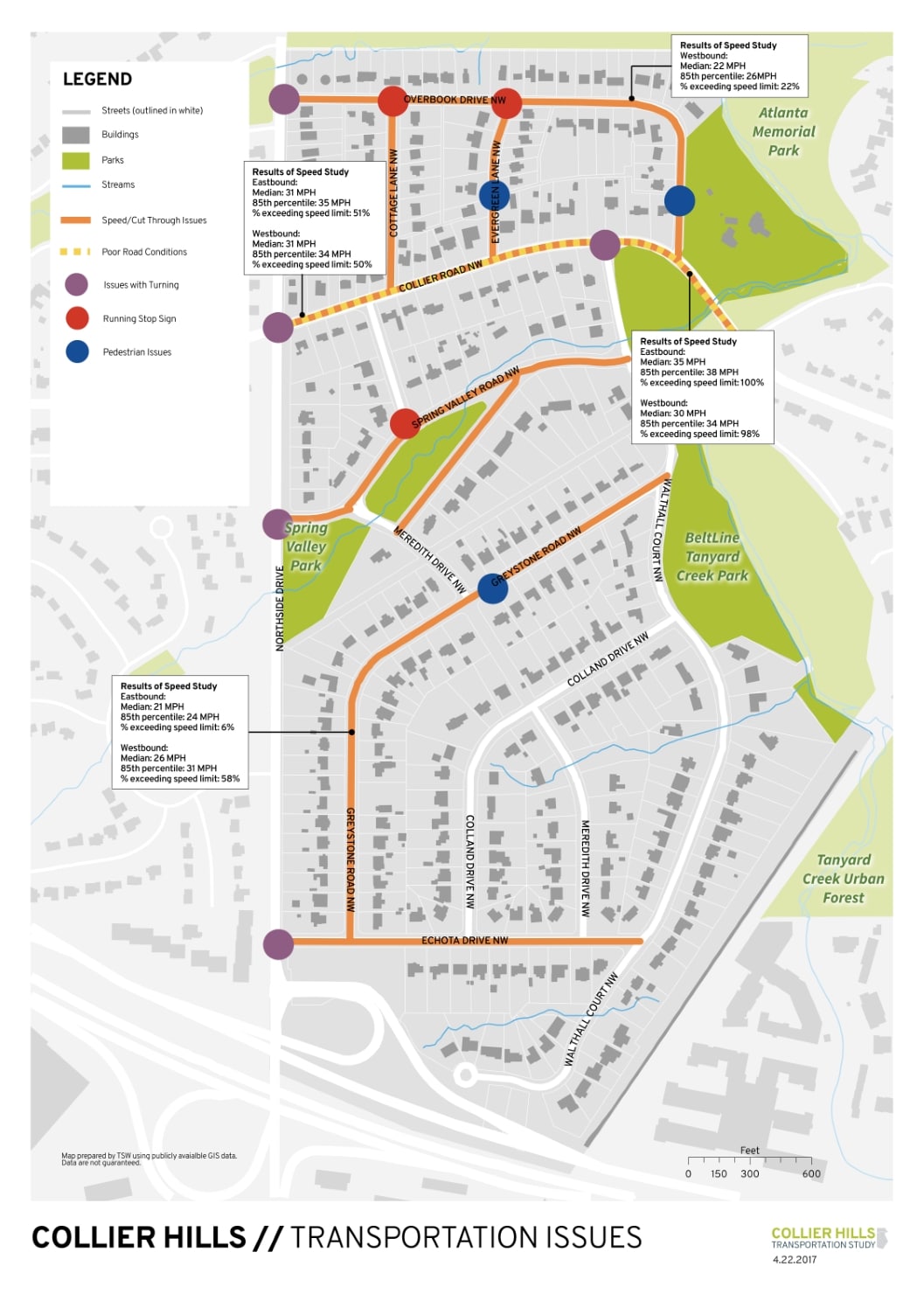 Status: Adopted by the Collier Hills Civic Association in 2017

Collier Hills is a historic residential neighborhood in Atlanta, Georgia, founded in 1941. Today, the Collier Hills neighborhood rests on the border between Buckhead and Midtown Atlanta, making it a sought-after area. The neighborhood has easy access via Peachtree Road, Northside Drive, and Interstate 75 to Buckhead, Midtown, and Downtown, and is located close to Piedmont Hospital, which generates a lot of vehicular traffic in the area. Because of Collier Road’s direct access to Northside Drive and Peachtree Road, the neighborhood’s streets are impacted by “cut-through” traffic at all times of the day. Also impacting the neighborhood is the growth of the nearby Piedmont Hospital campus and construction on Northside Drive. As this has happened, the neighborhood is experiencing congestion and speeding during peak hours and speeding at other times. Residents have reported an increase of cars utilizing their streets and with that, an increase in speeding and running of stop signs, endangering both the safety of drivers and pedestrians.

In 2016, TSW began working with the Collier Hills Civic Association, with support from former District 8 City Councilwoman Yolanda Adrean, to develop a neighborhood-wide transportation study that identified various projects to address current and future needs and could be refined by the City and community as time passed.

The goals of the study were to recommend projects that:

The recommendations of this study were developed using a combination of public outreach and technical analysis. This allowed the consultant to ensure that recommendations reflected community needs while having a basis in sound planning principles. Public outreach consisted of a walk-through of the neighborhood with members of the community, a neighborhood workshop to obtain ideas and input, a meeting with the Collier Hills Civic Association leadership to review and refine preliminary concepts, and a draft plan presentation. The City of Atlanta’s Office of Mobility Planning was consulted at every step.

The plan proposed a variety of traffic-calming measures within the street’s corridors and intersections, including a redesign of streets to match posted speeds, new and improved speed humps, re-striping, turn restrictions, new stop signs, and new crosswalks, to name a few. Some intersection improvements included a “test phase” using raised roadway buttons to examine the effects of traffic-calming improvements before committing to more permanent design decisions. If fully implemented, the plan would add less than $1 million in transportation improvements to the area in a span of 8 years.