Each year, TSW conducts a company-wide retreat to focus on the successes of the past year, discuss lessons learned, tour some innovative projects, and have fun outside of the office. This year’s retreat kicked off with a company lunch and a surprise for our Founding Principals. With the company celebrating its 25th year in 2015, we decided to memorialize Bill, Jerry, and Tom in bobblehead form. 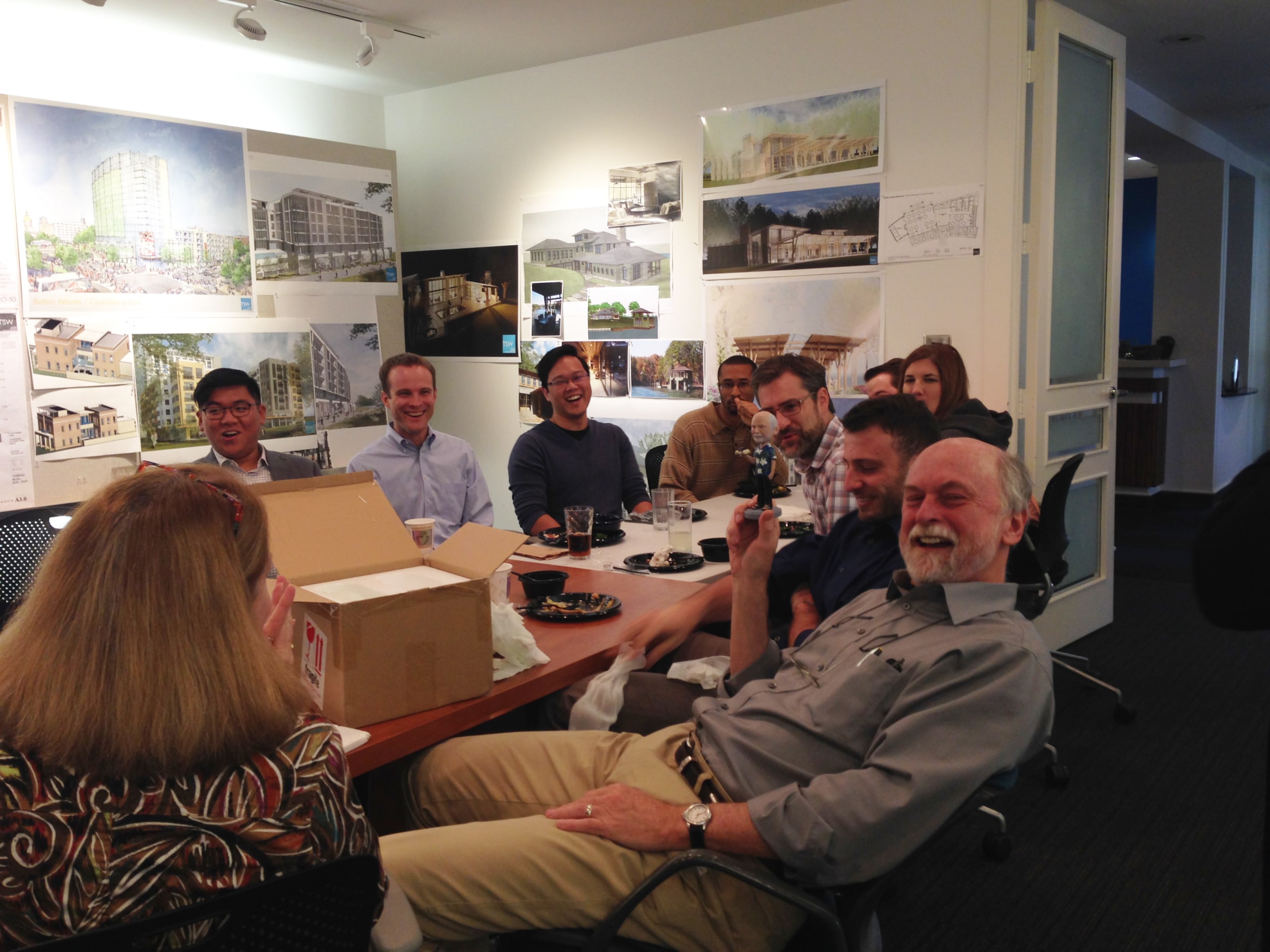 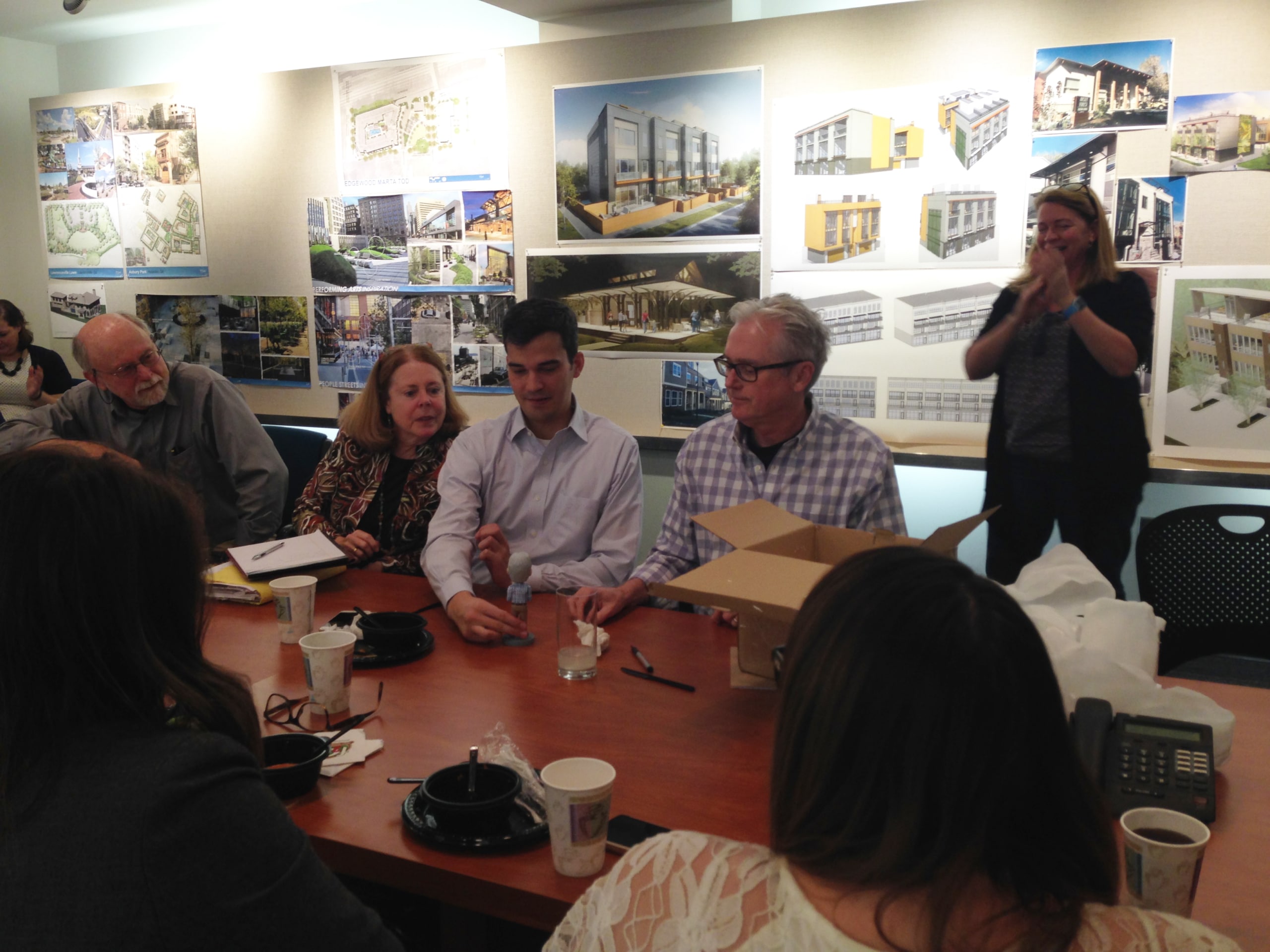 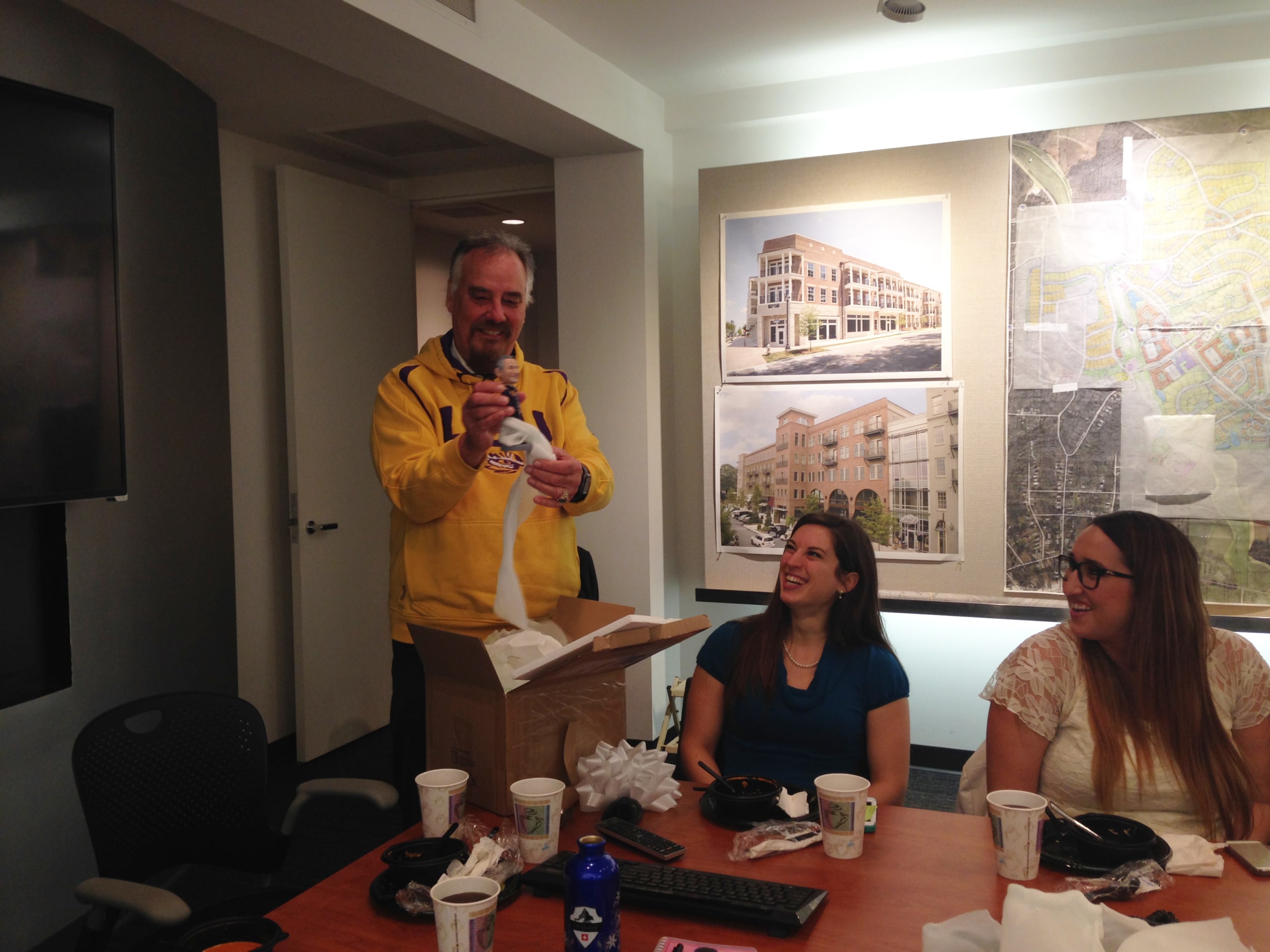 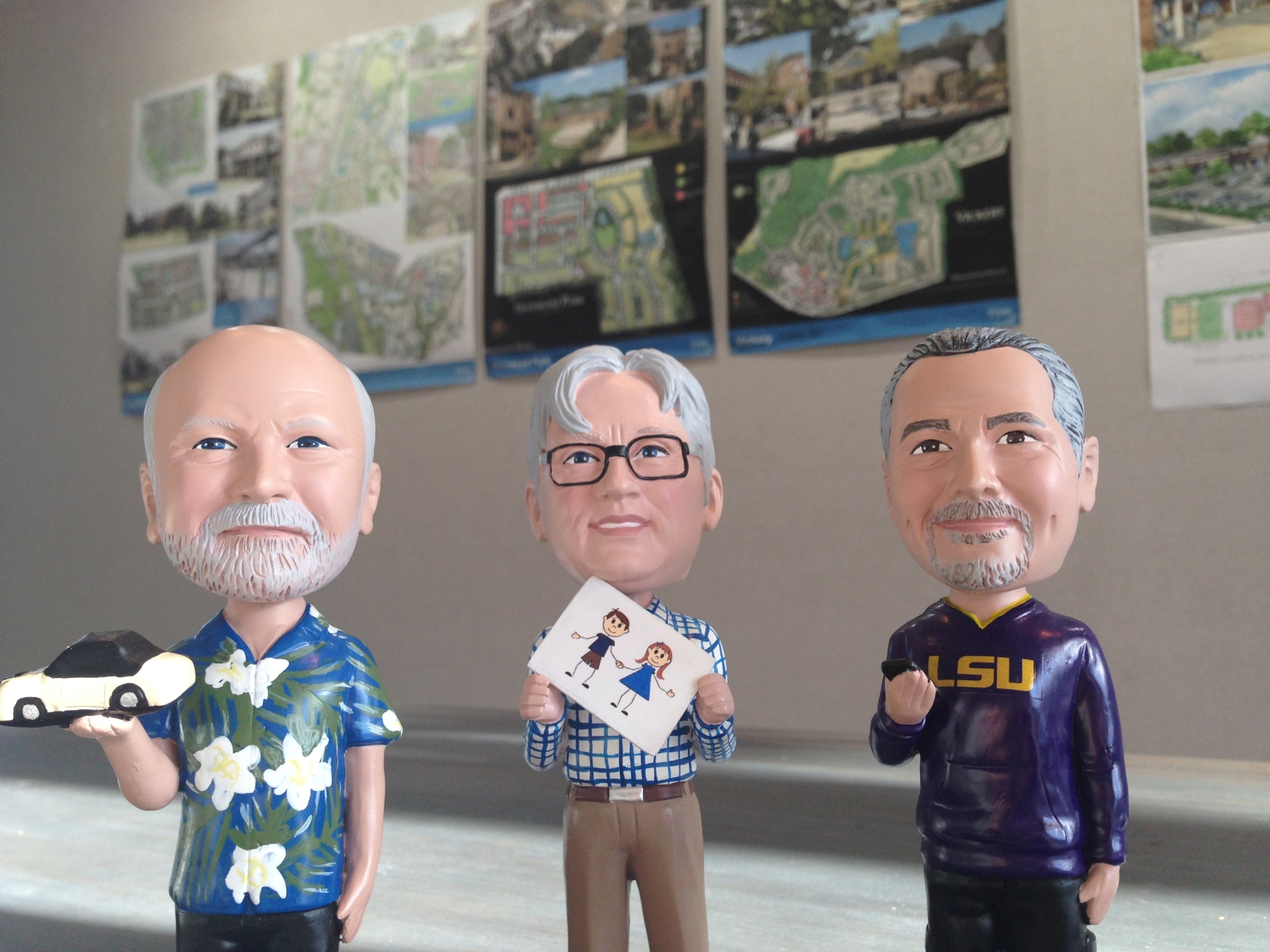 After lunch, we all presented a modified PechaKucha (a simple presentation showing 10 images, each for 10 seconds) and learned about sugar gliders, cool things to do in Atlanta that most people don’t know about, which TSW projects have been featured on TV shows, and more personal presentations covering travel, photography, children and pets, and other hobbies.

That evening, we headed to Steel for the monthly CNU Atlanta T3 (Thirsty Third Thursdays) event. This month’s event was New Urbanism Trivia and we got our nerd on. After trivia, we stayed at Steel for a company dinner.

The next day, we set out on a walking tour of projects. First stop was Piedmont Park where we heard from Mark Banta of the Piedmont Park Conservancy about maintaining the park and upcoming projects. 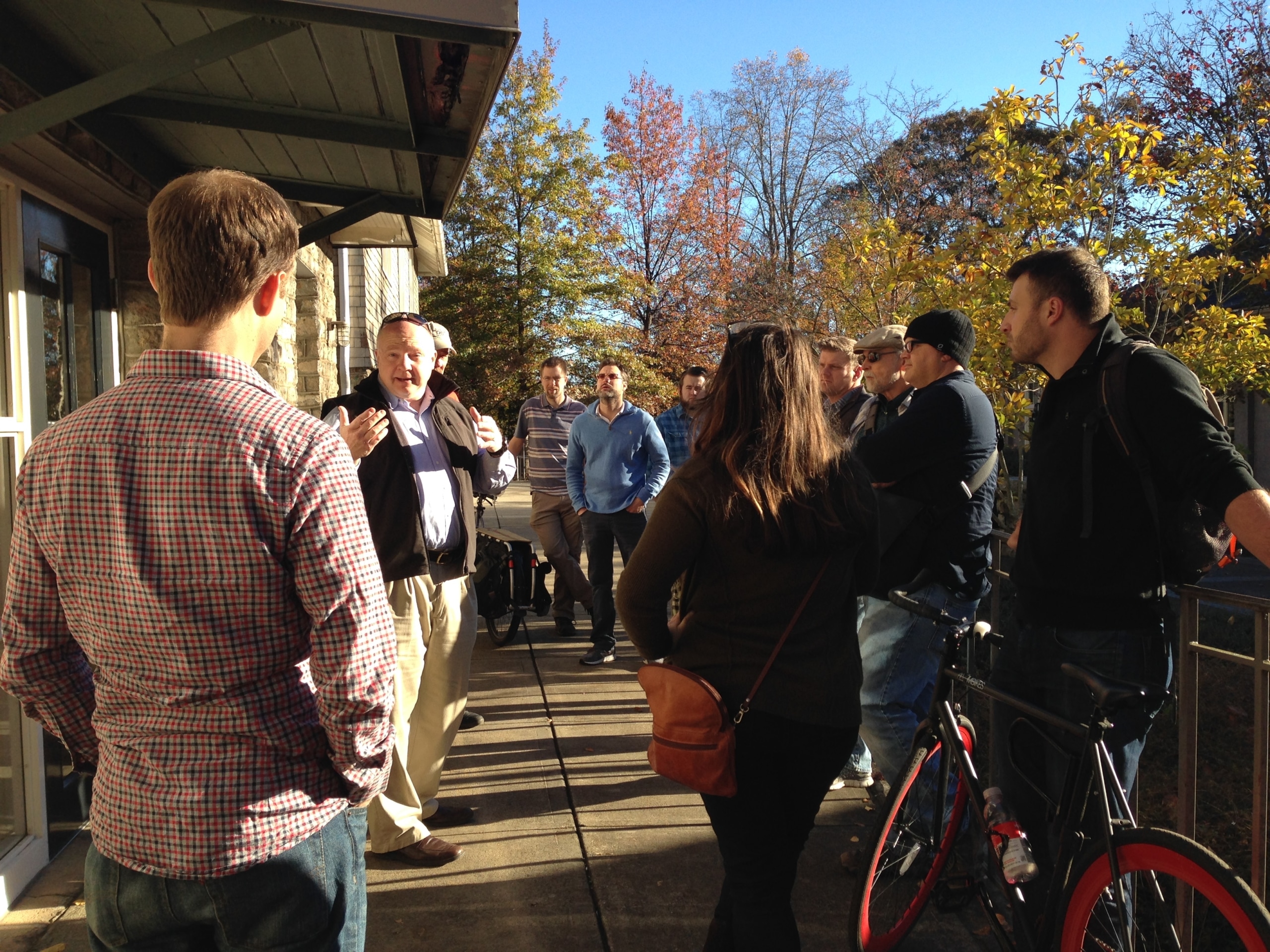 From Piedmont Park, we hit the BeltLine to get to Ponce City Market. We toured the recently opened Ponce City Market and heard from Bill Tunnell, who worked on the City Hall East redevelopment in its beginning stages. 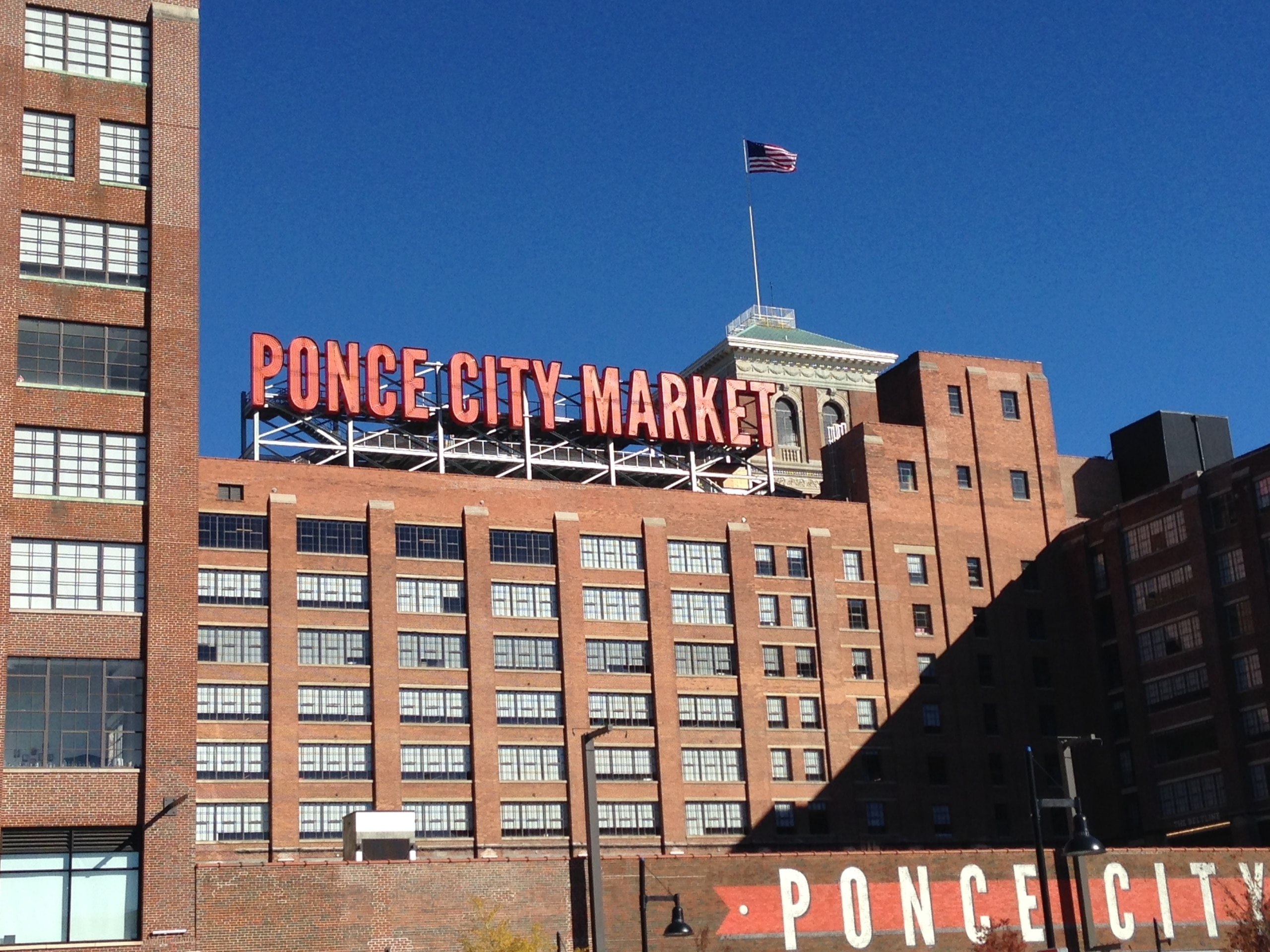 After Ponce City Market, we met up with Kevin Burke of Atlanta BeltLine, Inc. to walk along TSW’s gateway trail project and hear about some lessons learned for Historic Fourth Ward Park. 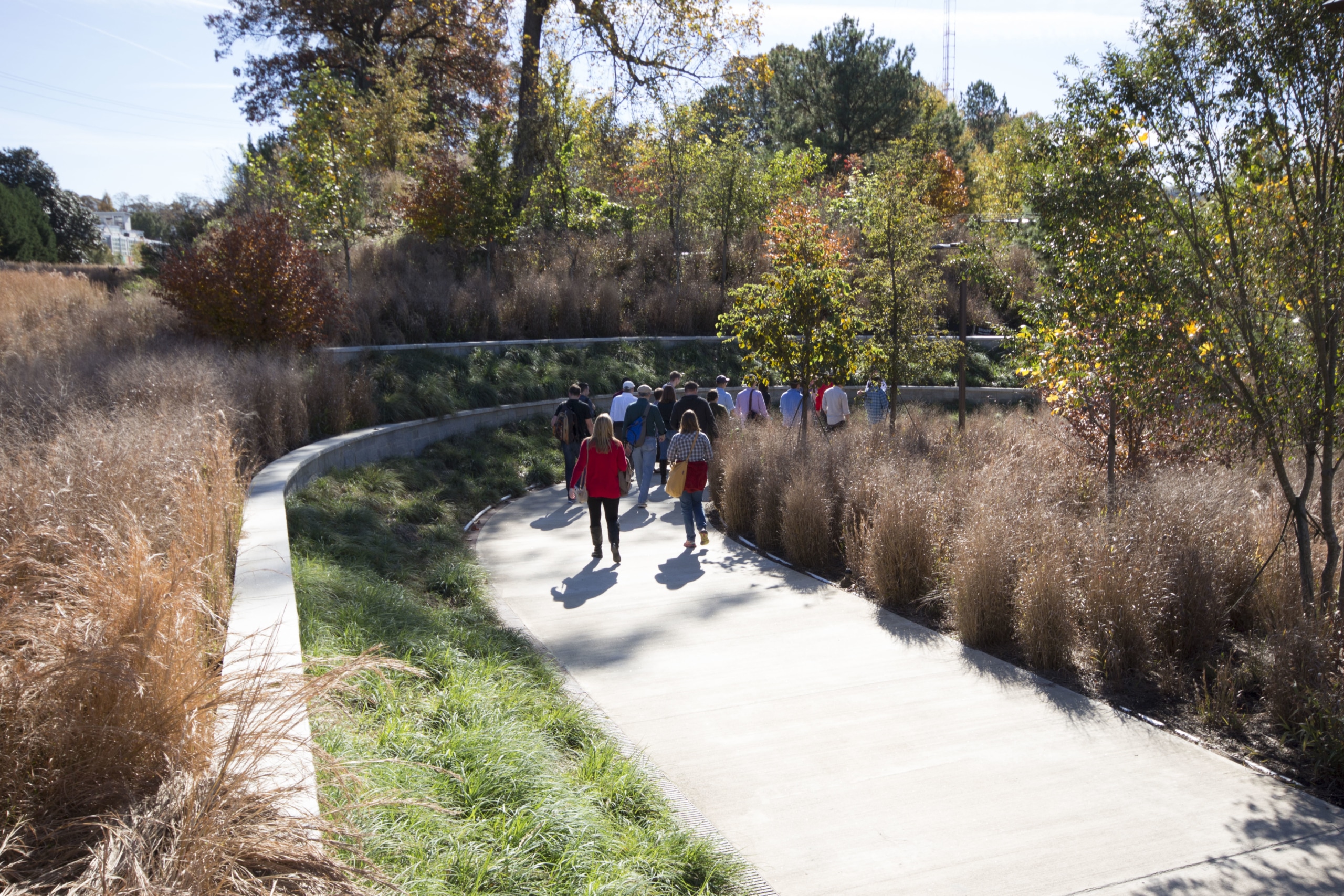 We then continued along the BeltLine to Krog Street Market for a tasty lunch at The Cockentrice. During lunch we heard from developers Dillon Baynes and George Banks about the changes to the Old Fourth Ward and Inman Park neighborhoods and a history of the Krog Street Market redevelopment. 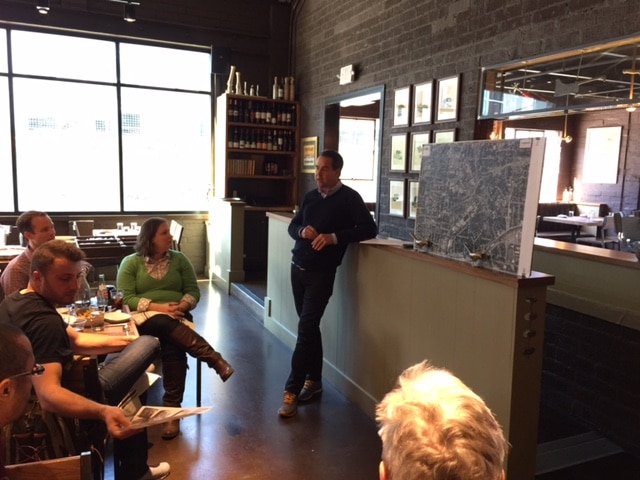 Lastly, we met up with Jennifer Ball of Central Atlanta Progress to hear about the Streetcar and Sweet Auburn development projects, Georgia State University redevelopment around Woodruff Park, and the history of Centennial Olympic Park and surrounding development.

A big thanks to all of our speakers for another successful retreat! 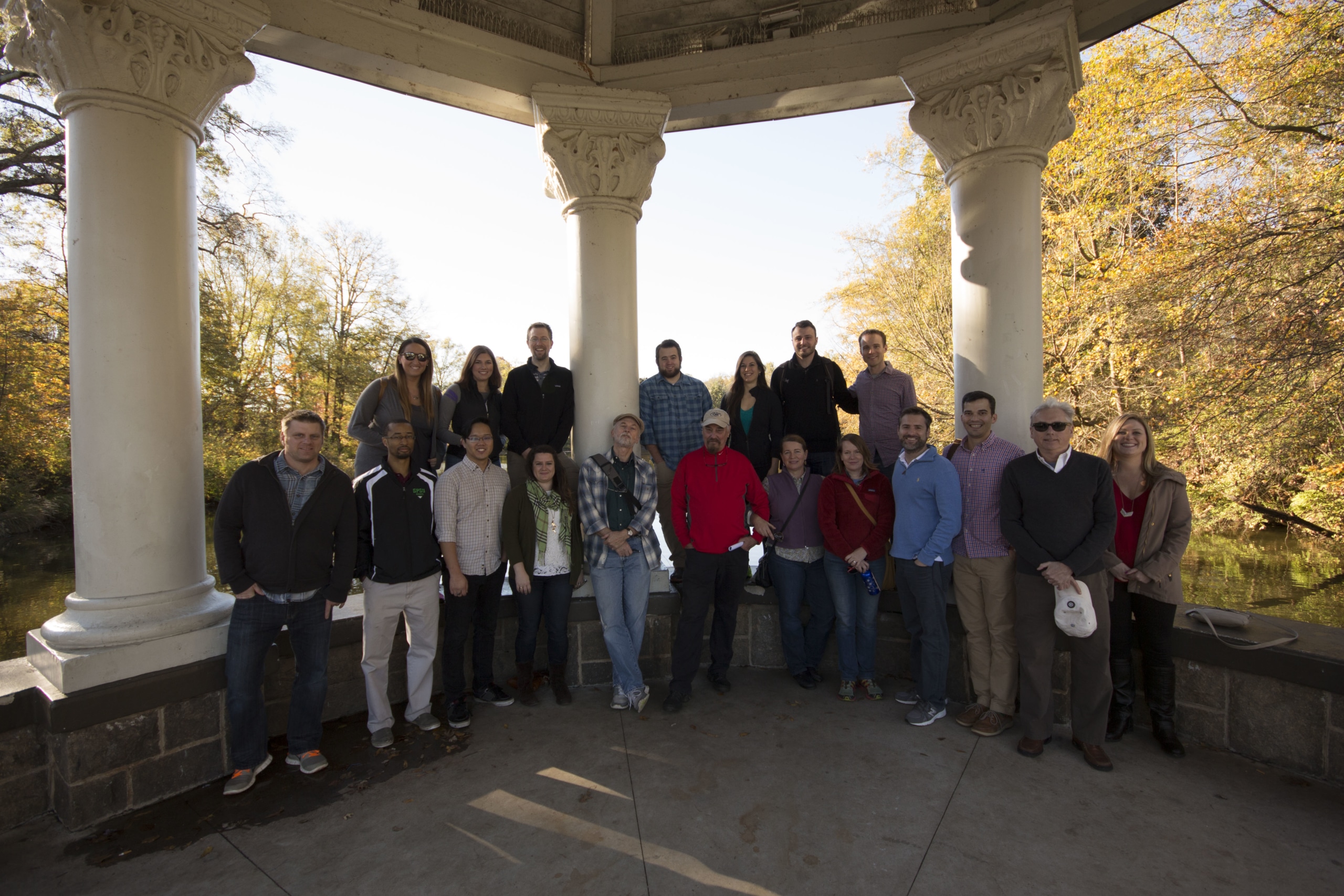