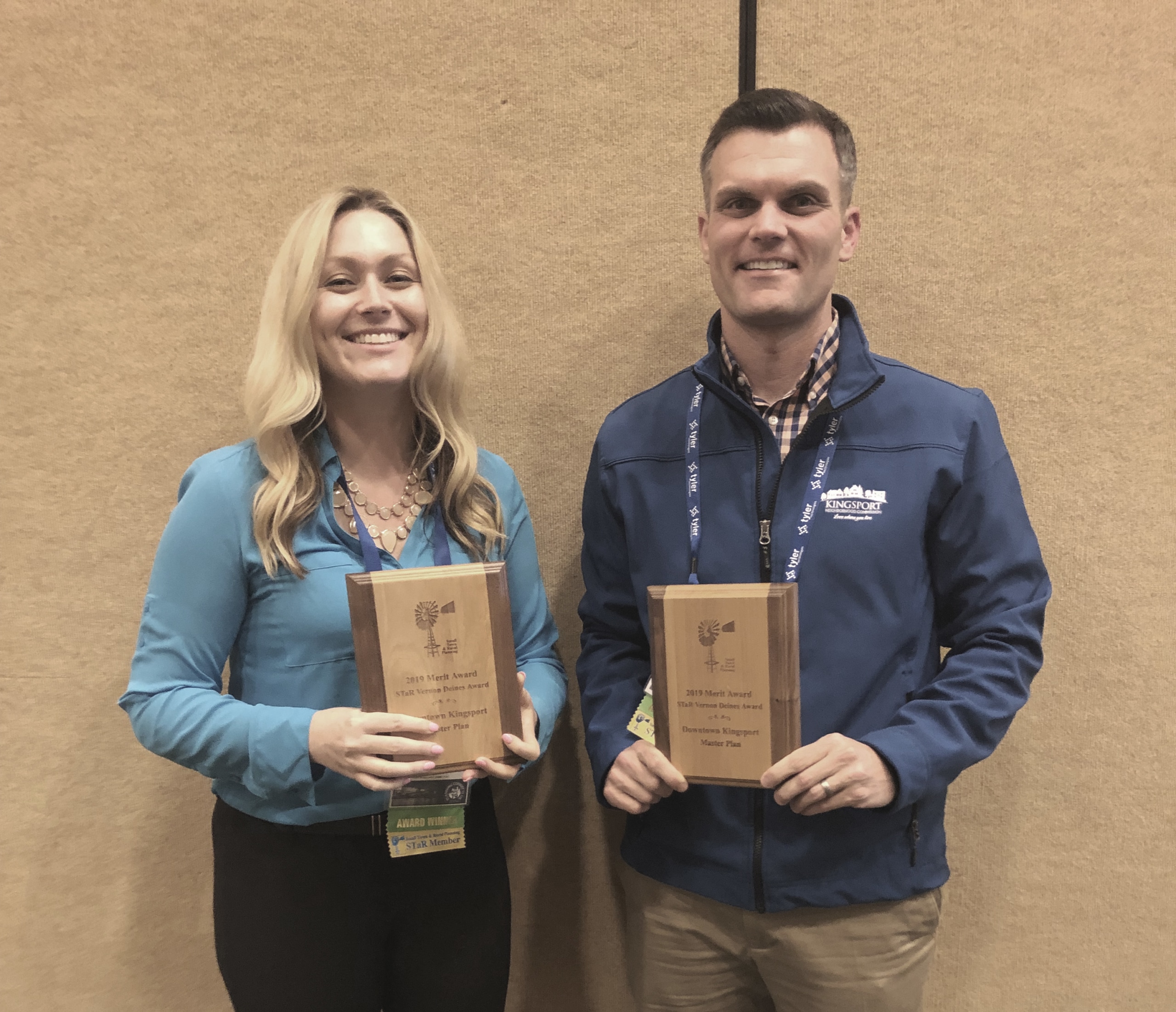 TSW and the City of Kingsport, Tennessee, were honored for their work to create a new master plan for the city by the American Planning Association (APA) at their annual conference in San Francisco, California, on April 14th. The Downtown Kingsport Master Plan received the 2019 Vernon Deines Award for an Outstanding Small Town or Rural Plan, which is given annually by the APA’s Small Town and Rural Planning Division. The award recognizes exemplary projects for their contribution to planning excellence in small towns and rural communities.

The Downtown Kingsport Master Plan creates a unified vision to reinforce and magnify downtown Kingsport’s role as the economic and cultural heart of the community. The plan proposes $74 million in improvements, as well as over 320,000 square feet of new development and nearly 700 new residential units over the next 10 years. To read the plan, please visit www.downtownkingsportplan.com/documents.

Kingsport was established after the Revolutionary War and envisioned to be a master-planned city by famed landscape architect John Nolen. Like many American cities, over time, the downtown area became a less appealing place to live, due to loss of housing, greenspaces, services and employment. Over the past two decades, city leadership has worked to reverse the decline by implementing initiatives to connect the downtown to the rest of the city, beautify the center city and create a live, work, play, dining, shopping and entertainment district.

In 2017, the City hired TSW to lead a multidisciplinary team, which included Urban3 and Friction Shift of Asheville, North Carolina, to create a plan for economic development and the local office of engineering firm Mattern & Craig to make recommendations on downtown Kingsport’s transportation network. The result of this comprehensive planning effort is a defined list of goals, recommended policies and projects relating to land use, transportation, economic development, arts and culture, and the Academic Village; as well as a framework plan that outlines new development and redevelopment for the city.

For more information about the project, click on the project pages below: